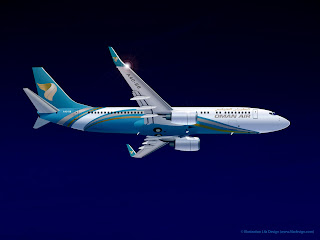 Like many Gulf states, Oman has big ambitions for its national carrier. But unlike some of its rivals in the region, Oman Air sees its principle aim as supporting the country’s tourism aspirations rather than developing Oman as a transfer hub.The groundwork for the repositioning took place last year, when the airline resumed long-haul services – the Omani Government having withdrawn from the ownership of Gulf Air leaving Bahrain as the sole shareholder.After the death of chief executive Ziad Al-Haremi earlier this year, Oman this summer turned to former Sri Lankan Airlines chief executive Peter Hill to lead the development.

“It came quite out of the blue and I have to say it is a huge opportunity,” says Hill, during a recent interview at the World Travel Market travel show in London. Hill had been assisting CEO Ghaith Al Ghaith on the formation of Emirates new budget carrier after the end of Emirates long-term management contract at Sri Lankan.“The successes we had with Sri Lanka was perhaps one of the attractions for me to come to Oman Air," says Hill. "We have to reposition Oman Air from its role of a regional carrier over the last decade or so into a full blown, full service national carrier of the quality that the Omani Government would like to own and operate.""The infrastructure of the company needed a complete overhaul. It was very much geared to a small, very well run, profits-geared airline. They were lean and mean in lots of areas, which is great. But the requirements of running a small regional carrier to that of a mainline flag carrier are huge. So we have got to rebuild the airline, we’ve got to expand its capabilities."Oman relaunched long-haul services initially with Airbus A310 equipment and has also leased two A330s. But it will be the entry into service of the first four of its new Airbus A330-200/300s next winter which is key to boosting its services."Our own aircraft will be the product we are pinning all our hopes on, a mix of three and two class-configurations," says Hill. Another two follow in 2009, meaning together with two leased A330s, it will operate eight of the type by the start of next year."Getting the infrastructure right is the first thing, getting the product right is the second, developing the route network is the third and making it all profitable is the fourth," Hill says. While the investment in new developments will hit the carrier’s bottom line in the near-term, Hill says long-term profitability remains key."The Omani Government would not want to see it be a tremendous drain of resources. They really want to see the development of the airline match the country’s ambitions for growth, but at the same time they would like to see a return on the investment going forward. And it fits with the national plan to develop the economy based on resources other than oil and gas. Tourism is very much part of that."With this role in mind, he says the carrier will not be competing with some of its major Gulf state rivals in terms of size or strategy. Developing Oman as a destination in its own right will be at the fore more than developing Muscat as an east-west transfer hub."Third and fourth freedom traffic will be our prime market, bringing people into Oman and taking people from Oman, and very much the by-product will be the fifth and sixth-freedom traffic," says Hill. "We want to play our part in developing tourism. So you’ll see a different sort of flag carrier coming out of Oman."
SUSTAINING THE GROUPTo help sustain the carrier during its period of heavy investment, the group hopes to develop in other business sectors such as engineering, catering, ground handling and training."We are building a number of other areas to be able to sustain the group along with the airline," says Hill. "I’m talking about an engineering facility, which will probably be in partnership with a major player in that business, so we have the capability of maintaining our own fleet, perhaps maintaining other fleets in the region. We already have a catering facility, but that is going to be expanded to take care of future growth."We are trying to be careful not to mimic what is being done elsewhere, so we are talking to other players in the region to see how we can synergise what we’ve got and what they’ve got, so there is not too much duplication. If we can leverage things that they’ve got and we can use, and vice versa that we can provide, so that we can keep ourselves gainfully employed."I would say it is that through ventures like the ground handling company, the MRO, the catering, the training, all of these will be contributing revenue for the group, they will help to bring the group up to break even. Things like the price of oil, or whatever happens in the region will dictate how soon we can bring the group back to profitability," says Hill.
FLEET GROWTHIn the longer term Oman Air’s long-haul plans will be boosted by the addition of Boeing 787s – it last year agreed to lease six 787-8s from Kuwait’s Aviation Lease and Finance Company. These aircraft were originally due to begin joining the carrier’s fleet from 2012, though delays on the programme mean they will not arrive until later. As the last A330 arrives in 2010, it means the carrier will have to "make some decisions on what we do in the meantime".Further fleet development is set to see the arrival of regional jets at the carrier in line with Omani plans to develop regional airports in the sultanate. "In the next few years, there will almost certainly be the development of local services within Oman to link some of the major tourism sites," says Hill, noting the airline is studying the potential acquisition of new regional aircraft. "We are in negotiations with Bombardier and Embraer at the moment to see who is going to be the chosen one. We are looking at four or five aircraft to start with, time frame would be around 2011 or 2012."

Published in
http://www.flightglobal.com/articles/article.aspx?liArticleID=319355&PrinterFriendly=true
Posted by Thani Harith al Mahrouki at 01:25