The former Labour Prime Minister, Gordon Brown, has been involved an extraordinary in-flight dispute on board a British Airways service from Oman to London. 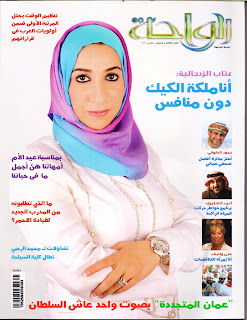 Posted by Thani Harith al Mahrouki at 23:48 No comments:

A massive earthquake hit the north-east of Japan

A massive earthquake has hit the north-east of Japan, triggering a tsunami that has caused extensive damage.
Read more »
Posted by Thani Harith al Mahrouki at 13:20 No comments:

Somalis and one Yemeni charged with piracy and kidnapping

By Tom Schoenberg - Mar 10, 2011 11:38 PM GMT+0400
The U.S. Justice Department charged 13 Somalis and one Yemeni with piracy and kidnapping in connection with the seizure and death last month of four Americans on a yacht in waters off the coast of Oman.
Read more »
Posted by Thani Harith al Mahrouki at 01:43 No comments: 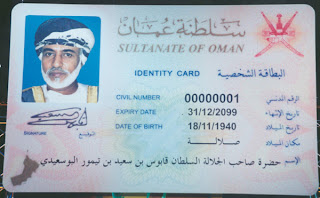 Published Date: March 06, 2011
KUWAIT: The reconciliation of relations between Oman and the United Arab Emirates is still gaining positive reactions, all of which have lauded this important step, as well as the crucial role played by Kuwait's Amir His Highness Sheikh Sabah Al-Ahmad Al-Sabah in achieving it. Senior diplomatic sources revealed that HH the Amir had been shuttling between the two countries in a true show of shuttle diplomacy, taking eight flights between the two nations in under 24 hours, in order to ensure that the two neighboring nations turn the page of conflict between them.
Read more »
Posted by Thani Harith al Mahrouki at 10:32 No comments: