A meeting of Arab Countries on Red Sea Piracy 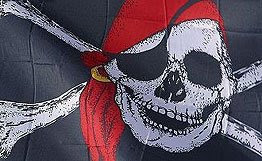 CAIRO, November 1 (RIA Novosti) - Egypt has announced it will host a meeting of Arab countries on Red Sea piracy in November, the Egyptian Foreign Ministry said Saturday.
"Egypt has sent invitations to Arab countries having access to the Red Sea to take part in a meeting to coordinate efforts and develop means of fighting against the problem of piracy," the ministry said.
The meeting will be held "at a high level" under the common chairmanship of Egypt and Yemen.
Egypt also said that the growing problem of piracy in Somalia was spreading to the Red Sea.
At the beginning of June, the UN Security Council passed a resolution permitting countries to enter Somalia's territorial waters to combat "acts of piracy and armed robbery at sea."
According to UN data, in 2008 Somali pirates seized about 60 foreign ships for ransom. Their aggregate "revenues" this year could reach $30 million.
Published in
http://en.rian.ru/world/20081101/118091633.html
Posted by Thani Harith al Mahrouki at 00:08