Jupiter Kalambakal - AHN News Writer
Abu Dhabi, United Arab Emirates (AHN)- United Arab Emirates' RAK Petroleum will start oil production from its West Bukha field in Oman in August.
The $200 million Oman oil field is expected to produce oil at 10,000 to 15,000 barrels a day by the end of August.
The gas exploration beneath Jebel Hafit Mountain is estimated to hold some one billion barrels of oil. Production was delayed as drilling is some 900 meters away from the target depth of 5,900 meters.
RAK Petroleum, majority owned by the government of Ras al Khaimah, one of the seven emirates, has operations in the U.A.E. and Oman.
RAK is in talks with several northern emirates to explore in marginal fields where record oil prices makes drilling profitable.
Investment plans are underway for power plants in the U.A.E. to supply electricity to Ras al Khaimah and other emirates. Gas from West Bukha, about 40 million cubic feet a day, will be delivered through a pipeline to Ras Al Khaimah.
RAK was selected to bid for oil exploration blocks in Yemen and Angola, and has expressed interest in Iran's oil and gas fields.
Copied from
http://www.allheadlinenews.com/articles/7010102123
Posted by Thani Harith al Mahrouki at 23:45 No comments:

As you may know, we all have millions of bacteria in our gastrointestinal tracts, primarily in the colon (or "large" bowel). These bacteria are important for normal bowel health and function. Klebsiella is the genus name for one of these bacteria. When Klebsiella bacteria get outside of the gut, however, serious infection can occur.
As a general rule, Klebsiella infections tend to occur in people with a weakened immune system. Many of these infections are obtained when a person is in the hospital for some other reason. The most common infection caused by Klebsiella bacteria outside the hospital is pneumonia.
Klebsiella pneumonia tends to affect people with underlying diseases, such as alcoholism, diabetes and chronic lung disease. Classically, Klebsiella pneumonia causes a severe, rapid-onset illness that often causes areas of destruction in the lung.
Infected persons generally get high fever, chills, flu-like symptoms and a cough productive of a lot of mucous. The mucous (or sputum) that is coughed up is often thick and blood tinged and has been referred to as "currant jelly" sputum due to its appearance.
Mortality in Klebsiella pneumonia is fairly high due to the underlying disease that tends to be present in affected persons. While normal pneumonia frequently resolves without complication, Klebsiella pneumonia more frequently causes lung destruction and pockets of pus in the lung (known as abscesses).
There may also be pus surrounding the lung (known as empyema), which can be very irritating to the delicate lung tissue and can cause scar tissue to form. At times, surgery may be needed to "rescue" a lung that is trapped in irregular pockets of pus and scar tissue.
Klebsiella can also cause less serious respiratory infections, such as bronchitis, which is usually a hospital-acquired infection. Other common hospital-acquired infections caused by Klebsiella are urinary tract infections, surgical wound infections and infection of the blood (known as bacteremia). All of these infections can progress to shock and death if not treated early in an aggressive fashion.
Many hospital-acquired infections occur because of the invasive treatments that are often needed in hospitalized patients. For example, intravenous catheters used for fluid administration, catheters placed in the bladder for urine drainage and breathing tubes for people on a breathing machine can all increase the susceptibility to infection.
While these devices may be needed in certain patients, they allow bacteria to bypass the natural barriers to infection and get into a persons body. The result may be an infection if the persons immune system cannot fight the bacteria. Unfortunately, the people who need invasive treatments often have weakened immune systems because of their underlying disease.
Klebsiella bacteria are generally resistant to many antibiotics, such as penicillin. Often, two or more powerful antibiotics are used to help eliminate a Klebsiella infection. Usually, a culture of the suspected infection site is required before a doctor can know that Klebsiella is the cause of the infection.
This may involve getting sputum samples (patients are asked to cough up phlegm into a jar), blood samples (using a needle to draw blood from a vein), urine samples or a swab (with a q-tip) of a surgical wound.
Once the samples are obtained, they are taken to a laboratory and put in a special substance which allows bacteria to grow (this is known as "culturing" the bacteria). If bacteria begin to grow, the lab can determine which type of bacteria it is.
If the bacteria are Klebsiella, the lab will need to run special tests to determine which antibiotics are best to treat the infection (this is known as sensitivity testing). This is important because different Klebsiella bacteria are resistant to different antibiotics, so what works for one Klebsiella infection may not work for another.
These culture and sensitivity tests may take two to three days to complete. A doctor may not wait for the test results to start antibiotics. Often, a powerful antibiotic or two is started right away once infection is suspected. The antibiotic can be switched a few days later if the results of the culture and sensitivity tests suggest a more appropriate drug to treat the infection.
Klebsiella bacteria are a part of normal life and live inside almost all of us. Although it is something we generally dont like to think about, we need Klebsiella in our colon to keep us healthy. Unfortunately, once Klebsiella escapes the gut, it can be one nasty bacteria.
Copied from
http://www.personalmd.com/news/klebsiella_102299.shtml
Posted by Thani Harith al Mahrouki at 01:21 No comments: 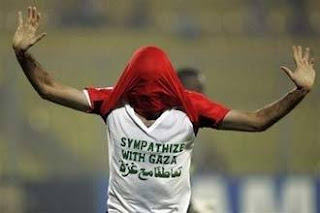 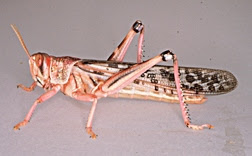 New reports indicate that a few locust swarms are present in Oman and Yemen. In southern Oman, an immature swarm was reported on 11 February in the Dhofar hills near Salalah. On the 13th, there was an unconfirmed report of a large immature swarm in northern Oman on the southern side of Jebel Akhdar near Al Hamra. Ground control operations were in progress earlier in the month in the central interior against late instar hopper bands and immature adults from local breeding that occurred near the Marmul oil fields and the coast. There is an increasing risk that a few swarms could reach the Batinah coastal plains in northern Oman and perhaps cross the Gulf to the Baluchistan coast in southeastern Iran and western Pakistan.
In eastern Yemen, two immature swarms were seen in the Al-Mahra region near the border of Oman between Hat and Shehen of 14 February. There is a high risk that a few swarms could move back and forth along the Yemen / Oman border.
In Ethiopia, immature locust swarms up to about 5 square km in size continue to be reported east of the Rift Valley in the highlands of Oromiya region, mainly in Borena, Arsi and Bale zones, and in southern Somali region in the past few days. Survey and control operations are difficult because of the mountainous terrain and because the swarms are highly mobile. Consequently, there remains a risk that the swarms could move several different directions: (1) south to northern Kenya, (2) west towards SNNPR region, (3) north to Djibouti and cross Bab el Mandeb to Yemen, (4) northwest into the Danakil Depression and to the southern coast of Eritrea, (5) northeast across the Somali plateau to the Gulf of Aden coast in northern Somalia, or (6) reinvade the Ogaden in eastern Ethiopia. In any case, swarms in the Horn of Africa will mature and lay eggs with the onset of the long rains (about March).
The above-mentioned countries should remain on high alert and take the necessary steps to monitoring the situation carefully and undertake control operations as necessary to reduce the threat to crops and livelihoods>

Published in
http://www.reliefweb.int/rw/RWB.NSF/db900SID/SHIG-7BXDDP?OpenDocument
Posted by Thani Harith al Mahrouki at 22:38 No comments: 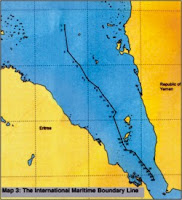 Posted by Thani Harith al Mahrouki at 02:20 No comments:

The source of infromation below is unknown

There are a few things that can be done in times of grave emergencies. Your mobile phone can actually be a life saver or an emergency tool for survival. Check out the things that you can do with it:

The Emergency Number worldwide for Mobile is 112. If you find yourself out of the coverage area of your mobile; network and there is an emergency, dial 112 and the mobile will search any existing network to establish the emergency number for you, and interestingly this number 112 can be dialed even if the keypad is locked. Try it out.

Have you locked your keys in the car? Does your car have remote keyless entry? This may come in handy someday. Good reason to own a cell phone: If you lock your keys in the car and the spare keys are at home, call someone at home on their mobile phone from your cell phone. Hold your cell phone about a foot from your car door and have the person at your home press the unlock button, holding it near the mobile phone on their end. Your car will unlock.. Saves someone from having to drive your keys to you. Distance is no object. You could be hundreds of miles away, and if you can reach someone who has the other "remote" for your car, you can unlock the doors (or the trunk). Editor's Note: It works fine! We tried it out and it unlocked our car over a mobile phone!"

Hidden Battery PowerImagine your mobile battery is very low. To activate, press the keys *3370# Your mobile will restart with this reserve and the instrument will show a 50% increase in battery. This reserve will get charged when you charge your mobile next time.

How to disable a STOLEN mobile phone? To check your Mobile phone's serial number, key in the following digits on your phon! e: * # 0 6 # A 15 digit code will appear on the screen. This number is unique to your handset. Write it down and keep it somewhere safe. When your phone get stolen, you can phone your service provider and give them this code. They will then be able to block your handset so even if the thief changes the SIM card, your phone will be totally useless. You probably won't get your phone back, but at least you know that whoever stole it can't use/sell it either. If everybody does this, there would be no point in people stealing mobile phones.

Posted by Thani Harith al Mahrouki at 01:58 No comments: