28 September 2010
Oman Air
Corporate Communications & Media
Oman Air, the national airline of the Sultanate of Oman, has been awarded the Silver Award for the Best Marketing Campaign 2010, held by

Oman has high hopes for its tourism industry, with the government aiming to attract 12 million visitors annually by 2020 – a significant
Read more »
Posted by Thani Harith al Mahrouki at 20:16 No comments:

Published on Wednesday, 22nd September, 2010 at 13:45 under the news category, by Ramona Tancau. Last Updated on 22nd September 2010 at 13:57.
Norway has signed an agreement with six African countries, committing itself to helping them gain jurisdiction over their continental shelf
Read more »
Posted by Thani Harith al Mahrouki at 00:48 No comments:

How to stop cough

December 26, 2008 by Paul
We have all been kept awake by our own or someone else’s cough. Try this and pass it on. The tip and not the cough. ANYTHING is better
Read more »
Posted by Thani Harith al Mahrouki at 23:38 2 comments: 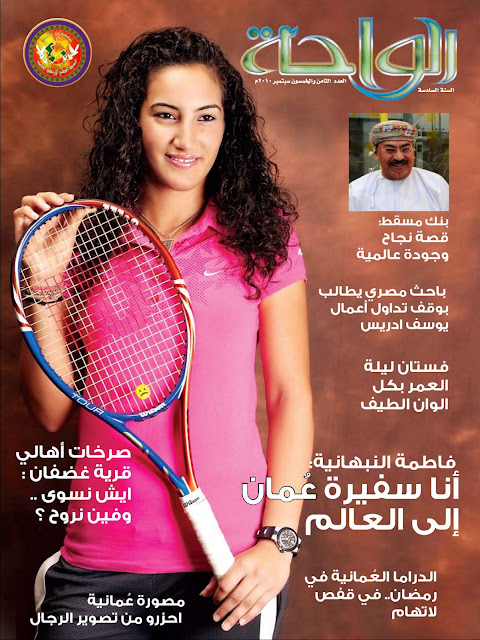 Posted by Thani Harith al Mahrouki at 00:11 No comments:

(Tehran) -- American Sarah Shourd arrived in Oman today after being freed from more than a year of captivity in Iran. She was met by her mother and uncle at an airport in Muscat, that capital of Oman. She told journalists there that she was fine.

Earlier, Shourd was seen on Iranian state television thanking Iran's president and various officials for helping secure her release. Shourd and two other Americans were arrested in July of last year near the border of Iran and Iraq.

Their families claim the three were hiking, but Iranian officials accused them of espionage. The other two Americans, Shane Bauer and Josh Fattal, are still in Iran.

President Obama has praised Shourd's release and called on Iran to release the other Americans.

Published in
http://mystateline.com/fulltext-news/?nxd_id=195025
Posted by Thani Harith al Mahrouki at 02:02 No comments:

Nawras to sell shares in Oman