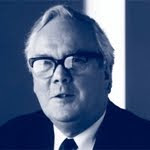 Brownlie, who was a member of Blackstone Chambers, was knighted last June in recognition of his commitment to public international law (15 June 2009).

Brownlie had an illustrious career advising countries on international disputes.


Highlights of his career included advising US President Jimmy Carter during the Iranian Hostage Crisis as well as appearing in a series of high profile cases, including the 2006 Bosnian genocide trial, which was heard the by the UN’s top judicial body the International Court of Justice.

He also represented Amnesty International at the extradition trial of Chilean coup-leader Augusto Pinochet in the domestic court in 1999.

He was well respected as a professor of law and in 2004 was appointed as Distinguished Fellow of All Souls College (London).

In a statement Blackstone said: “The members of chambers and staff at Blackstone Chambers are very sad to have to announce the death of Sir Ian Brownlie CBE QC, who was tragically killed in a car accident abroad on 3rd January 2010.”

Published in
http://www.thelawyer.com/blackstone-chambers-mourns-death-of-sir-ian-brownlie-qc/1003032.article
Posted by Thani Harith al Mahrouki at 01:35