Oman to withdraw from a project in Iran 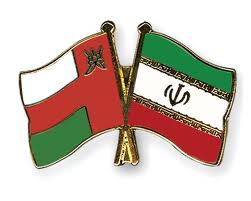 Oman will withdraw from a project to build a petrochemical plant in southern Iran, the Mehr news agency cited Abdolhossein Bayat, the managing director of theNational Iranian Petrochemical Co., as saying.

Oman refused to continue with the project after a dispute about the price of raw materials, Bayat said, according to the Mehr report published yesterday. He added that Oman’s decision wasn’t triggered by the imposition of international sanctions against his country.


The deal to construct the plant in the southern port town of Assaluyeh, was signed between the two countries in 20009, according to Mehr. Iran expects the Hormuz plant, which requires an investment of $500 million, to produce 1.6 million tons of ammonia and urea annually, the state-run news agency said.

The additional U.S. sanctions because of Iran’s nuclear program, adopted on Nov. 21, target companies that provide goods or services to Iran’s oil and gas industries. Existing U.S. laws have already forced most international oil companies out of Iran and the extra measures are aimed at stopping the country from obtaining technology and money from smaller foreign companies.

To contact the editor responsible for this story: Andrew J. Barden at barden@bloomberg.net

Published in
http://www.bloomberg.com/news/2011-11-27/oman-to-withdraw-from-iran-s-petrochemical-project-mehr-says.html
Posted by Thani Harith al Mahrouki at 14:54