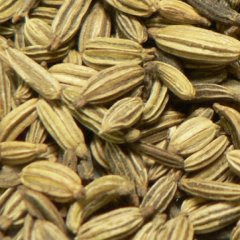 Sharjah: Drinking a decoction made of fennel seeds soaked in warm water first thing in the morning could prevent you from catching swine flu says a study published in a Chinese medical research magazine.

According to report published in Al Khaleej a local Arabic daily, the study has resulted in an increase of fennel seeds sales by 50 per cent in some Asian countries.

The report read that similar increase in sales was also visible in countries like Saudi Arabia and Egypt. The fennel seed warm drink is being distributed to people who are making pilgrimage to the holy cities of Makkah and Madinah.

Email ThisBlogThis!Share to TwitterShare to FacebookShare to Pinterest
Labels: health