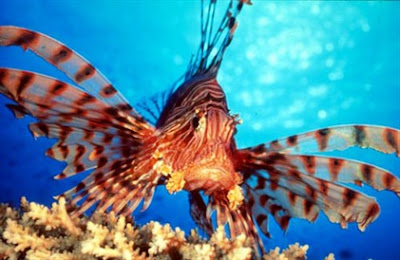 The Oman tourist office will be among the exhibitors at the London Dive Show this weekend, showcasing the locations and experiences it offers to scuba divers and snorkellers.Oman's 'untouched coastline' will be promoted by the country's tourist board at the Dive Show, which will be held at the ExCeL centre in London on 28 and 29 March.
The Middle Eastern nation boasts some 1,700km of coastline, with features including coral reefs, ancient shipwrecks and a diverse range of marine wildlife for divers to see.A number of dive sites can be reached by taking a short drive from the capital city of Muscat, including the 84-metre, 3,000-tonne Al Munassir wreck, which has become an important habitat for sea creatures over the past six years.
Other diving locations in Oman include the uninhabited Damaniyat archipelago an hour north of Muscat and the Musandam peninsula, where visitors can swim in the clear waters of the Gulf of Oman.Oman will be one of many exhibitors at the London Dive Show, along with equipment manufacturers, holiday providers and diving experts to offer information and advice.
Opodo cheap flights, hotels and car hire - let the journey begin
Published in
http://news.opodo.co.uk/articles/2009-03-27/19096313-Oman-to.php
Posted by Thani Harith al Mahrouki at 00:43