Plans to set up a medical city in Oman 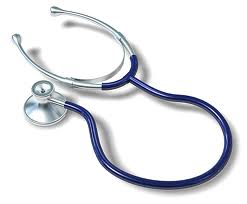 By Andy Sambidge Saturday, 12 November 2011 11:58 AM
The Apex Medical Group said on Saturday it has signed its first land acquisition deal as part of plans to set up a $1bn medical city in Oman.

Company founder and president Dr Abdullah Al-Joaib said an agreement had been signed with Oman authorities for the integrated medical tourism complex in Salalah, which aims to put Oman on the global medical tourism map.


AMG will develop a medical city to include a 530 bed hospital, a regional organ transplant and rehabilitation Centre, a diagnostic and medical prevention centre, healthcare resort and a healthcare education complex.

He added that the site was already connected to major utilities and was just 15 minutes drive from the Salalah International air port which is undergoing expansion which is slated for completion in 2014.
Al-Joaib said the project is in line with the Oman government's five-year tourism development plan and is the first healthcare infrastructure development project in Oman being set up by a private investor.

The medical city project also aims to tap the international growth market of medical tourism, which is predicted by consultants McKinsey to be worth over $100bn by 2012.

Al-Joaib said: "The strategic vision of the project is to create a high quality sustainable healthcare led mixed use development that functions as a vibrant, sustainable and self sufficient community and place Oman as a preferred destination for medical tourism on the globe."

Published in
http://www.arabianbusiness.com/oman-eyes-slice-of-global-medical-tourism-market-429587.html
Posted by Thani Harith al Mahrouki at 23:49