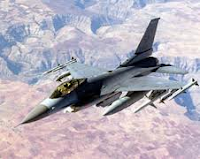 Workers on the F-16 production line at Lockheed Martin's west Fort Worth assembly plant, who have seen their long-term employment prospects brighten recently, received more good news Wednesday.
The Defense Department awarded Lockheed a $600 million contract to build 12 of the latest-model F-16s for the government of Oman, the second firm order in 10 days.

The company landed a Dec. 5 contract to build 18 F-16s for Iraq. Then, on Monday, the Defense Department informed Congress that it planned to allow Iraq to buy a second batch of 18 jets, beginning the process that could lead to a firm order.

Just six months ago, Lockheed officials were warning that F-16 production could come to a halt by the end of 2013 and that production of components could end even sooner if they didn't get new orders. But officials say the new orders should keep the line operating through 2015.

Because Oman is a prior F-16 customer, building the planes and working with the country's air force to operate and maintain the aircraft will not take as long as it would with a new buyer like Iraq.

"Lockheed Martin is pleased by the announcement that the governments of Oman and the United States have agreed upon a sale of 12 advanced Block 50 F-16s to Oman. We look forward to supporting the two governments in this foreign military sales program," Lockheed spokesman Joe Stout said.

The sale "will bring stability to the F-16 program," Stout said. Fifteen countries have now placed multiple F-16 orders since the program was launched in the late 1970s.

Although much of the component production is outsourced, including to Turkey and Israel, about 2,000 workers in Fort Worth build the mid- and forward fuselage and perform final assembly. The company also has suppliers in the region.