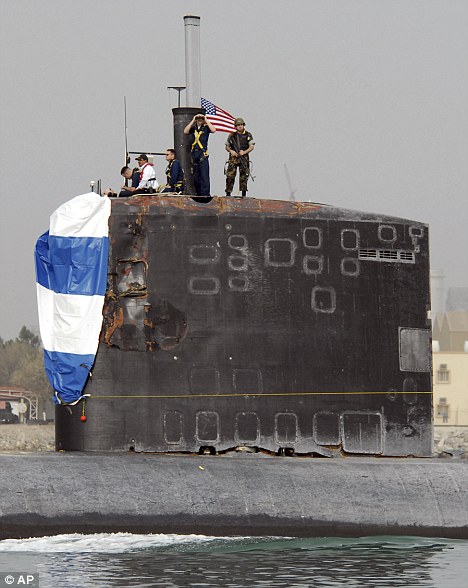 The navigator of a US nuclear submarine was listening to his iPod when it collided with another ship, causing £60m damage. Crew on board the attack sub USS Hartford had also rigged up loudspeakers to they could listen to music on duty, according to an official report.

The navigator was also revealed to have been revising for an exam at the time of the collision, The Sun reported.

Fifteen sailors on board the USS Hartford were injured when it rammed into the transport ship USS New Orleans in the Strait of Hormuz, a narrow passage in the Persian Gulf in March 2009.

The US Navy report slammed the Hartford’s ‘ineffective and negligent command leadership’ and its ‘informal atmosphere’.

The damaged sub will cost £57m in repairs, while the USS New Orleans, which ‘bears no fault’ needs £1.5m. A sonar supervisor and radio men were also missing from their posts on board the Hartford when it struck the ship.

Published in
http://www.dailymail.co.uk/news/worldnews/article-1264967/Sub-navigator-listening-iPod-60m-ship-crash.html#
Posted by Thani Harith al Mahrouki at 23:58